Lawrence C. Ecoff admitted to the Bar of the U.S. Supreme Court

This special day culminated first with Ecoff being among the few attorneys announced by Chief Justice Roberts for admission to the Bar of the Supreme Court, followed by an in-person meeting with Justice Ginsburg.

We are extremely proud of Ecoff as he now joins the ranks of only a small percentage of lawyers admitted to practice before the United States Supreme Court. 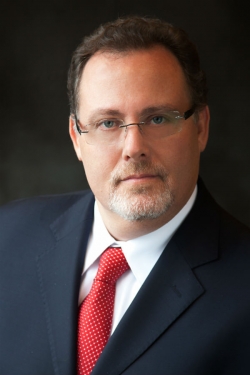 The Journal of the Supreme Court of the United States contains the official minutes of the Court. It is published chronologically for each day the Court issues orders or opinions or holds oral argument. The Journal reflects the disposition of each case, names the court whose judgment is under review, lists the cases argued that day and the attorneys who presented oral argument, contains miscellaneous announcements by the Chief Justice from the Bench, and sets forth the names of attorneys admitted to the Bar of the Supreme Court. An excerpt of the Journal entry for June 5, 2017 is pictured below: 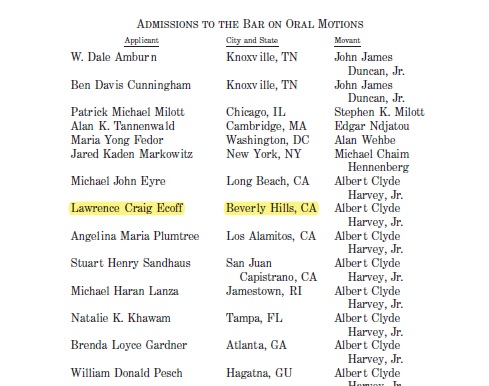